The grade 6 and 7 students in division 1 and 2 have been developing their soccer skills with their teachers, Ms. Gaines and Ms. Chen. Due to covid restrictions, there are no games allowed between schools. So, we did an intramural competition between the two divisions. Division 1 was winning after the first half with two goals scored by Helan and Zahed. In the second half of the game, Ethan and Arman from division 2 tie up the game with a goal each. Near the end, Ethan scores a second time putting his team in the lead. At one point, it looked like division 1 was going to tie the game with a penalty shot; however, due to the amazing goalie skills of Parmeet, division 2 was able to maintain their 1 goal lead and win the game. It was an exciting, nail biting close game. Zahed was voted MVP as was Parneet by their team members. 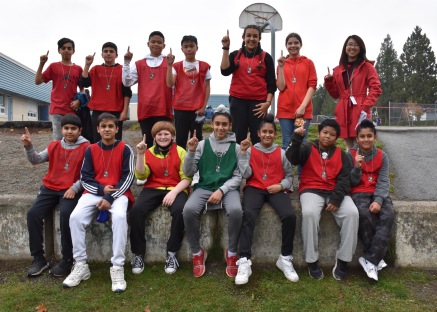